Before I re-tell this tale, I must remind you (and myself) there are a million things worse than this story and I am very aware of that, I have a good life, my current situation is taking some time to settle in to, but yes life could be much, much worse.

Arriving in our new apartment seven weeks ago was much like arriving at a hotel …you have a quick scan around for the necessaries; bed, wardrobe, TV, coffee machine, view from the balcony – great, all here (minus the coffee machine, currently on a ship that has just left the UK and has just passed Belgium) and usually the holiday is over just in time to not see the cracks in the walls, the skirting boards covered in paint and the blown light bulb …but this is not a holiday, its seven weeks later into fabulous posting life and I’ve swept the floor 49 times since arriving and it’s still dusty!

The apartment we left in the UK was my first home and I loved it, we paid £220 for a full ‘end of tenancy clean’ for every inch and all the carpets to be meticulously cleaned before handing the keys over. The landlords here in Dubai did not.

Cleanliness aside, we inherited two brown non-matching very uncomfortable sad-looking sofas most likely found next to the bin at the back of Ikea. The Embassy agreed they had seen better days and invited us to scour the store room for two new sofas …we went for two plain grey sofas to arrive in a weeks’ time. Two weeks later the wrong sofa’s arrived, they were flowery and horrid and I sent them back. Two weeks after that two more ugly 1980’s style grey sofas arrived at the front door covered in cobwebs and dirt and stains and with no backs to them, you know the soft cushion you lean against, none of those.

Call me over-dramatic, but that was it, I was done, I sat on the floor called my husband and cried. Whilst a few of the tears were definitely directed straight towards the filthy monstrosities of sofas now stuck in the apartment, most of them were for feeling so let down, so exhausted by this whole process.

Our posting start date was delayed 6 months and the communication was handled very badly, but with little alternative we waited it out and after two years of build-up, of excitement, of anticipation we were finally here! We left behind our friends and family, my job, our cars and our clean homely apartment for what… for an apartment we didn’t choose, littered with furniture I would never buy, for hot sweaty journeys on the Metro, for directing taxi drivers who have no idea where they are going, for lonely days at the gym waiting for my husband to come home from work. I had swapped being in control of my life to being at the mercy of an uncaring Embassy, I felt so let down, this isn’t what I thought I had signed up to.

When my lovely, calm, tolerant, logical husband returned from work I told him I was leaving on the next flight to the UK (…as if I was in a film and it would be that easy to flounce off to the airport), his response? “Yep agreed, terrible sofas, want to go to the mall and choose new ones?”

Genius! Why didn’t I think of that? Maybe it’s the whole ‘men are from mars women are absolutely crazy’ thing, but in ten words he had solved everything, saved the day and I agreed to remain in country! Writing this and reading it back I am completely aware I may have lost the plot …or let a few things build up and then take it all out on the sofas. I hadn’t realised how much of a HUGE life changing event this posting would be …so with two new gorgeous sofas ordered from West Elm (the saviour of the posting!) purchased and to be delivered this week we were ready to enjoy the weekend and then the cherry on the top of my sofa shaped cake …a friend from the UK arrived, she is here on business but spent the weekend with us, oh seeing her face in the apartment block lobby I could have cried (but I managed to hold it together, for once that week!) we hugged and the three of us set up camp on sun-loungers and chatted about life, travel, adventure and different cultures and then planned our evening of cocktails and dinner at Pier 7 and watching the fountains that have the Burj Khalifa as their backdrop, all whilst sitting in the pool with the sun beating down …and once again I was a happy little trailing spouse. 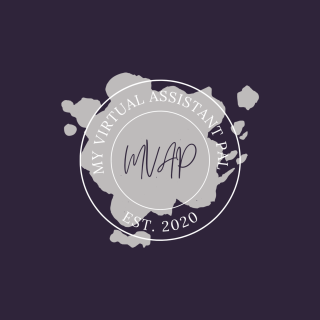